CUIVRE has been in the hearts and bellies of Shanghai residents since 2011 which, in this lightening-fast developing and ever-changing dining scene, pretty much means they’ve been around for ages. And with French cuisine being one of the most popular around, it’s tough to stay relevant and fresh for such an established business.

It was therefore delightful to be invited to taste a whole new range of dishes designed by Chef Michael Wendling who has once more reinvented in modern key the staples of Southern France cuisine. Here below the Shanghai Bite Club with Chef Michael at CUIVRE!

I don’t usually mention complimentary bread basket unless they’re outstanding, but their crispy focaccia with herbs and garlic, accompanied with salted butter, is definitely worth a special remark… just look at it!

The chèvre salad has been reinvented into a more complex mix of ingredients: home cured bacon, pumpkin and a bread stick topped with generous amounts of goat cheese which is sprinkled with sugar and then brûléed to form a beautiful crispy coat. At RMB 108 for a salad, you get all the value from this big portion.

The Paleo Tuna Tartare (RMB  148) came on an inflatable flamingo, which didn’t quite match with the sober elegance of CUIVRE’s environment, but was definitely instagram-worthy. Maybe I’m getting too old and boring to appreciate such novelties. Anyways, flavor wise, it was a very successful new dish full of Asian inspiration: the tuna is held on crispy tapioca chips and is seasoned with hints of ginger and liberal amounts of coriander. 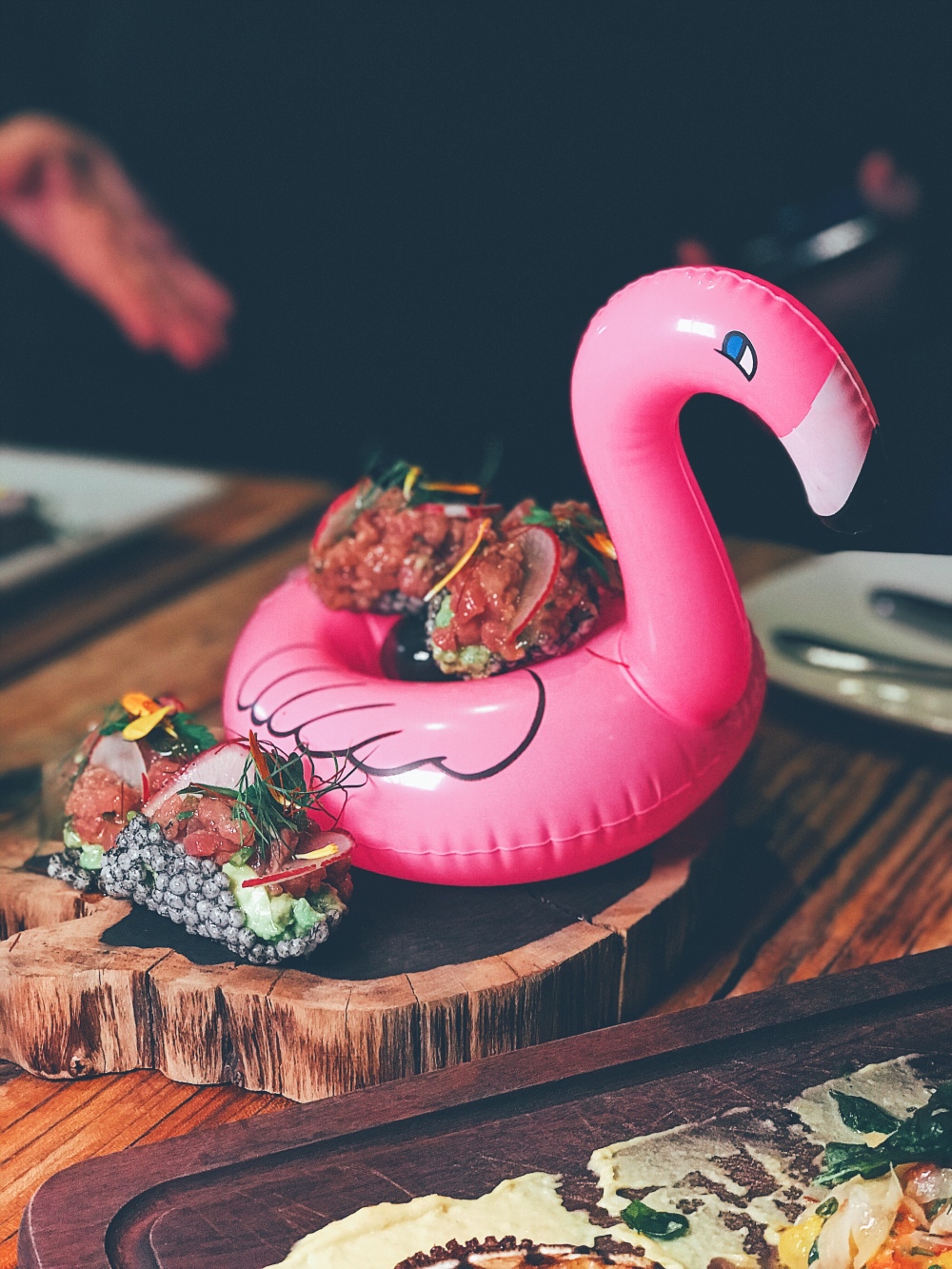 Proactively adhering to the current food trends, the new menu of CUIVRE features an octopus leg. Expertly cooked to the right tenderness and then charred to create a crispy skin, the leg is accompanied with a powerful garlic puree and a light fennel and bell pepper salad. Everyone seems to have an octopus leg on their menu these days, but few do it as good as CUIVRE.

My favorite dish of the night was the Tuffle Risotto (RMB 188): pure decadence! It’s made with wild mushrooms and black truffle, plus a thick layer of parmesan cheese on top and plentiful of butter. You’ll want more and more of this, I may or may not have hidden under the table to lick the bowl at some point. I hope they’ll get rid of the unnecessary 24K gold leaf on top and lower the price just a tiny bit. 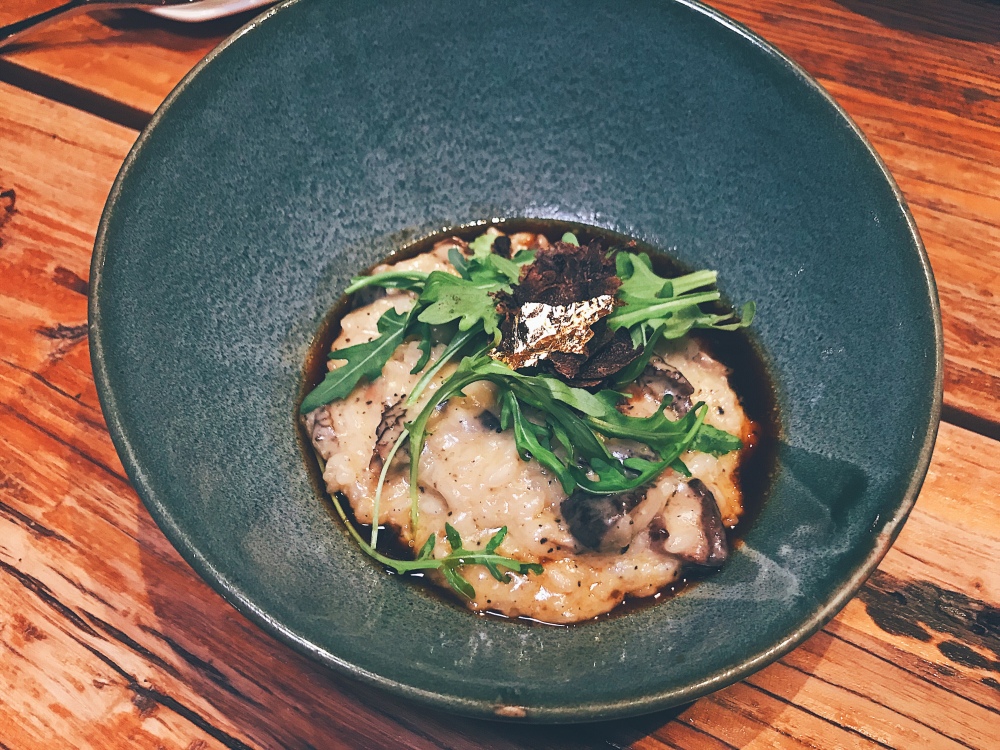 The Salmon (RMB 178) was also one of the strongest dishes. It’s slow cooked to a beautifully even medium-rare temperature and then baked in puff pastry that is laid on top of beurre blanc sauce. The salmon melts like butter at every mouthful. One of the best salmon dishes I’ve had in Shanghai for sure. 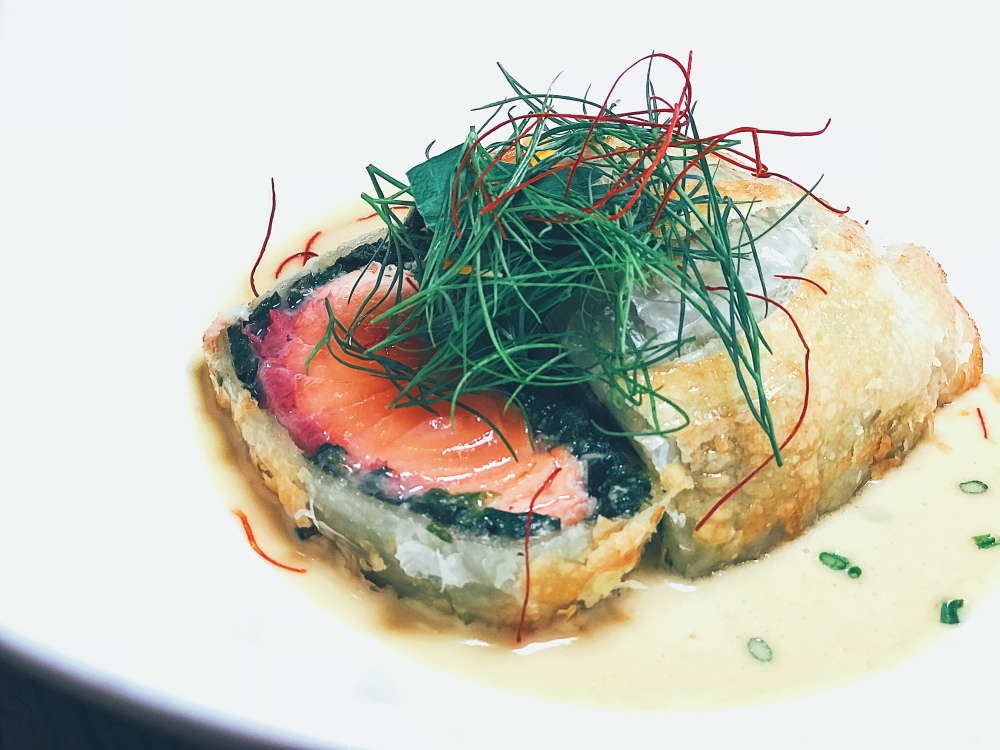 For the carnivores out there, they’ve also added a new beef flap steak, Le Boeuf (RMB 188). It’s a cheaper and leaner cut than your regular steak, but it’s well seasoned and it comes with the curry spiced CUIVRE special butter, it’ll fix your steak cravings without breaking the bank. They also offer more premium cuts like the 1kg Wagyu côte du boeuf at RMB 980 and beef tenderloin at RMB 308.

As for dessert, the Les Pommes (RMB 68) was everyone’s favorite. The apple tatin was laid on a caramelised french toast, same as they serve during their famous brunch.  I also liked the Île Fottante (RMB 68), which comes in a cute mason jar and is a faithful rendering of the traditional version, so it reminded me of my year in France back in 2007.

So if you’ve already been to CUIVRE, go back and taste the new stuff. And if you haven’t, don’t waste more time! The place is perfect for small groups of friends and laid-back date nights. Good wine and cocktails will keep you fuelled through the night!

This site uses Akismet to reduce spam. Learn how your comment data is processed.